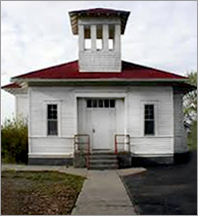 Our small, independent school located north-east of Billings Heights has been providing students with a personalized and quality education since 1905. Pioneer School serves students in grades kindergarten through the eighth grade, averaging approximately 60 students per year.

Pioneer Elementary School offers a unique and outstanding educational start for young children, preparing them for the breadth and depth of learning opportunities that await them. We have a full array of classroom technology tools that help to transform students learning; creating new possibilities for exploring and sharing knowledge. In addition, our curriculum and programs support social and emotional growth, strengthening our mission to help all students become successful learners, caring individuals, and responsible citizens.

The vision at Pioneer Elementary School is to prepare and motive our students for a rapidly changing world through the collaboration and continuous learning of every school community member. Pioneer Elementary will be a place of excellence where all students are engaged in high quality, real-world learning. A professional and highly motivated staff, in partnership with parents, will encourage all children to achieve their full potential and become responsible citizens who are lifelong learners.

“Without continual growth and progress, such words as improvement, achievement, and success have no meaning” – Benjamin Franklin

At Pioneer Elementary School, we believe that all children can and will learn.

Our mission is to provide a total dynamic educational system centered around student success, personal development, and preparation for life. We are committed to providing each student with optimal, individualized learning opportunities so that they can reach their full potential.

Pioneer School is a small school outside of Billings Heights. We are an independent school district. Pioneer School has been here for over 100 years. The original old building is still in use; a newer building was built in the 1950’s and added to in the 1960’s. 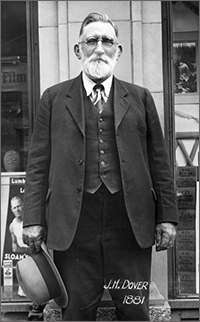 The following is a brief history by Mildred Schroeder, a resident of the area near Pioneer School.

Pioneer School was built in 1905. At that time four other schools, now gone, were built between Billings and Shepherd, namely, Hawthorne, Progressive, Longfellow and Emerson. These along with Pioneer School were all in the Billings School District and were subject to the Billings School Board and Billings school taxes. One by one these schools petitioned and received their own districts. Pioneer and Progressive remained in the same district.

When these schools were named, the Billings school board wanted to name them after pioneer settlers in the district. Pioneer School wanted to be the Dover School after John H. Dover, and the Progressive would have been the Toliver School. Mr. Dover objected because he felt the name “Dover” would mean little to future generations whereas “Pioneer” would indicate the period in which it was built. John Dover was the rural representative on the Billings school board until the districts were divided. 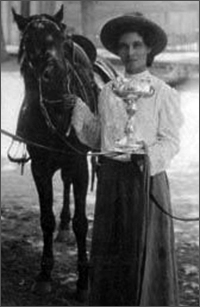 The Pioneer building had its first full class year by 1906. The first teacher was May Blachley. She walked or rode her horse to school, as did some of the pupils. There was a barn in back of the school for the saddle horses—also there were the two outhouses – one for the girls and one for the boys. These were fine when the weather was mild, but very cold on winter days.

There was no finished basement for numerous years, just an excavation which held the hot air furnaces and a coal bin. The students used to catch water snakes and frogs there. There were four hot air registers in the schoolroom, one in each corner. The registers were often used by the students at the recess time for bases for various games when weather kept the youngsters indoors.

Mr. Jim Sindelar’s family still holds the deed to the land which Pioneer School sits on. The land was transferred to Jim’s Grandmother from District 2 and District 37 in 1911. Jim’s mother, Mildred Schroeder was in either the first or second class of Pioneer School, she was born in 1900. 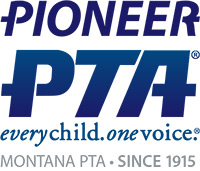 The following information is according to William Michael Jr., who was on the school board for many years at Pioneer. It tells us a little more about the new building.

The new building’s main section was built in approximately 1959 – 1960. Some community members wanted Chandler Cohagen to be the architect, so this is who was hired. The addition to the main building was put on in approximately 1963. Mr. Michael was on the school board at this time and they hired Larry Schroeder to be the architect for the addition. 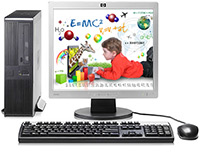 Pioneer School has had a very strong PTA for many years. In earlier times, the ladies would serve cookies and coffee after each meeting. Who served and what was served was always noted in the meetings’ minutes. The PTA has done many things for the school from buying new computers to new playground equipment to paying for the students to go to the Alberta Bair Theater to bringing in performances to the school. There is always a great core of parents willing to help out.

The District is committed to ensuring accessibility of its website for students, parents, and members of the community with disabilities. All pages on the District's website will conform to the W3C WAI's Web Content Accessibility Guidelines (WCAG) 2.0, Level AA conformance, or updated equivalents Under District developed administrative procedures, students, parents, and members of the public may present a complaint regarding a violation of the Americans with Disabilities Act (ADA), Section 504 related to the accessibility of any official District web presence which is developed by, maintained by, or offered through the District or third-party vendors and open sources.